All pros, no cons: why now is the perfect time to go solar

When you go solar with Lightforce, you will save money on power bills, decrease your carbon footprint, increase the value of your property and improve the cost effectiveness of your electric vehicle. Here’s how.

When it comes to where we live, most of us understand the distinction between buying and renting, but we don’t often tend to think that way when it comes to our electricity. Fortunately, there is an easy and increasingly affordable way to own your own power: solar energy.

The cost of solar panels has decreased by about 90% over the past decade and the International Energy Agency recently called solar the cheapest form of energy humans have ever created. The performance has also greatly improved so we can now get more energy out of each panel.

There is obviously an upfront cost to solar that you don’t pay if you’re renting your power at high rates, but there are plenty of financial options that can spread that cost out over a few years and most systems in New Zealand are now able to be paid off between five and seven years, depending on where you live, how much you’re currently paying for electricity and how much you use.

Those with solar can expect to reduce their annual power bill by around 80%. But residential electricity prices went up by 48% between 2000 and 2018 and prices seem unlikely to fall, so investing in your own little roof-top power station and gaining energy independence is becoming even more appealing. Some homes aren’t suitable for solar due to their orientation or roof type. Lightforce can quickly figure out if it’s right for you and, if it is possible, it pays to be sure you’ll be staying put for a while as you can’t take the panels with you. Even if you do decide to move, however, it’s thought solar adds significant value to properties: homes.co.nz found that properties with a 3KW solar system made 4.4 per cent or $35,000 more than other comparable properties nearby when they sold.

Solar makes especially good sense for people who work from home and use as much of the energy that’s generated during the day as possible. It also makes especially good sense for the growing number of New Zealanders who own electric vehicles. When you’re fuelling up your car for ‘free’ while the sun’s shining (and when you see petrol prices steadily ticking up), it feels like you’re somehow hacking the system. Lightforce can install Evnex EV chargers at the same time as your solar panels.

Even if you’re not at home during the day, solar still stacks up because you can now install batteries that are able to store the sun’s energy and use it at night or in the morning. Lightforce, which is responsible for around 20% of all New Zealand’s solar installs and has done more than 6000 installs around the country, now puts Energizer Homepower batteries in around 80% of its jobs.

When you’re not generating enough power from your panels or your battery has been emptied, your house simply slurps up the energy it needs automatically from the grid (the power infrastructure most people rely on for electricity), so you won’t ever go without power if the sun’s not shining - and you can still generate quite a lot of electricity even when it’s cloudy. When there’s excess energy from your panels, that gets sent back to the grid and you get paid for it. The buyback rate is pretty low, but it’s not uncommon for solar users to have $0 electricity bills or even get credits. While the economics certainly stack up, it’s not just about the money. We all need to do our bit to reduce emissions if we hope to reach our environmental goals and plenty of customers are also coming to Lightforce for environmental reasons. A huge amount of coal was burned in New Zealand last year to generate our electricity, so going solar reduces the need for more damaging fossil fuel generation. A typical family with solar will reduce their annual carbon footprint by 900kg, which is the equivalent of driving 4,000km or planting 40 trees.

Visit Lightforce at the Parnell Show Room or use our interactive tools to calculate how much you could save by going solar at lightforce.co.nz. 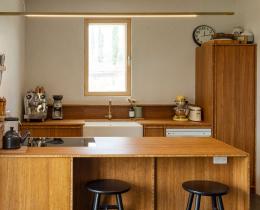 When Master Cabinetmaker Toni Emanuel from Wakatipu joinery in Queenstown was engaged to craft a new kitchen for his "passive house" customer, they chose to feature bamboo throughout. The effect is a triumph. 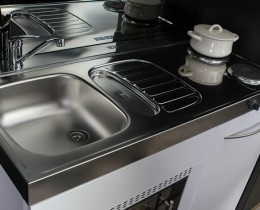 The lifestyle requirements we initially held with our home inevitably change over time, often resulting in the need to up size or extend, or to reconfigure an existing footprint. With this in mind, it makes sense to consider how installing a compact, second kitchen... 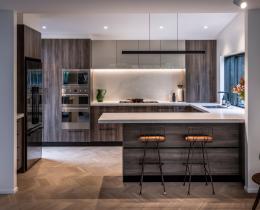 Lisa Thesing's versatility as an experience and award-winning kitchen designer is evident with these two completely different, yet both masterful kitchen designs. 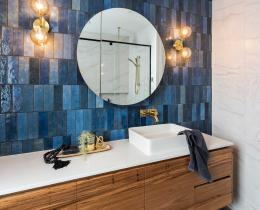 In the coastal town of Barwon Heads VIC, 19w lofts created a laid back atmosphere of a luxury beach house that provides stylish accommodation with views over the sea.